Wishing all of our friends a Christmas filled with loved ones. We can't wait to work with you in 2023! 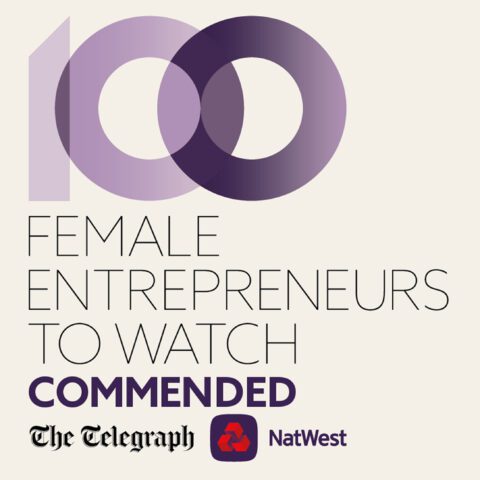 South Wales based marketing franchise owner, Katie Bullon, has been commended in Telegraph and NatWest initiative; 100 Female Entrepreneurs to Watch.

Fresh on the back of a Women in Marketing award win for Best Leader in Marketing, Bullon, who also celebrates two years of owning and running the digital marketing franchise, activ Marketing Group, was awarded the accolade at a prestigious lunch celebration at The House of Commons on 21st November.

The lunch hosted the proud cohort of women, acknowledged as the brightest female founders by Maria Caulfield, Minister for Women who was quoted: “We are aiming for 600,000 more women starting their own businesses by 2030.”

activ was established in 2008 as a digital marketing franchise, of which, Bullon became a franchisee in 2014, later becoming franchisor in 2020 and expanding the group into three separate business entities with a major rebrand through one of the most difficult economic climates the world has seen.

“Despite the unprecedented shock to our economy – and our daily lives – more women than ever are starting new companies,” says Caroline Barrett-Haigh, executive lifestyle editor of The Telegraph. “Furthermore, the number of female-founded businesses is growing by a third every year, outstripping growth in male-led firms for the first time.”

With this in mind, Telegraph Media Group and NatWest launched the 100 Female Entrepreneurs to Watch list, an initiative that shines a spotlight on some of the most exciting female-founded businesses in the UK.

After an exhaustive process of examining applications from all over the UK, the 100 Female Entrepreneurs to Watch list has been announced, including 10 Highly Commended businesses from which one exceptional female entrepreneur receives the Judges’ Choice award.

Bullon said of her award win: “This month, I have been blown away by the support I have received for two major award wins. To be recognised as one of 100 women around the UK for the hard work and effort I have ploughed into activ alongside my team is truly amazing. Thank you, I am hugely grateful and recognition as we enter into another period of recession is gratefully received.”

Those making the list earn assistance to help them further flourish, with benefits ranging from mentorship, an enterprise health check, media coverage, a parliamentary reception with Caroline Nokes MP, support from the Adelpha Group, possible investment from the Astia Fund, dinner with senior Coutts and NatWest executives and a £10,000 investment from NatWest.

You can find out more about the 100 Female Entrepreneurs to Watch, along with all of the named women, here.

Get in touch with us to find your local consultant

This website uses cookies to improve your experience while you navigate through the website. Out of these cookies, the cookies that are categorized as necessary are stored on your browser as they are essential for the working of basic functionalities of the website. We also use third-party cookies that help us analyze and understand how you use this website. These cookies will be stored in your browser only with your consent. You also have the option to opt-out of these cookies. But opting out of some of these cookies may have an effect on your browsing experience.
Necessary Always Enabled
Necessary cookies are absolutely essential for the website to function properly. This category only includes cookies that ensures basic functionalities and security features of the website. These cookies do not store any personal information.
Functional
Functional cookies help to perform certain functionalities like sharing the content of the website on social media platforms, collect feedbacks, and other third-party features.
Performance
Performance cookies are used to understand and analyze the key performance indexes of the website which helps in delivering a better user experience for the visitors.
Analytics
Analytical cookies are used to understand how visitors interact with the website. These cookies help provide information on metrics the number of visitors, bounce rate, traffic source, etc.
Advertisement
Advertisement cookies are used to provide visitors with relevant ads and marketing campaigns. These cookies track visitors across websites and collect information to provide customized ads.
Others
Other uncategorized cookies are those that are being analyzed and have not been classified into a category as yet.
Non Necessary
Any cookies that may not be particularly necessary for the website to function and is used specifically to collect user personal data via analytics, ads, other embedded contents are termed as non-necessary cookies. It is mandatory to procure user consent prior to running these cookies on your website.
SAVE & ACCEPT
Powered by